Mano Menezes made history for Corinthians by withdrawing the team from Série B in 2008 and winning the Copa do Brasil the following year. The job motivated him to coach the national team after the 2010 World Cup. Twelve years later, the coach is going through a kind of start again.

Now at Inter, will face Timão starting at 7 pm this Saturday, in Beira-Rio, for the 6th round in Brasileirãoto seek to put the club back on the route of titles and regain the prestige of the past.

The experienced coach chased down his first win against Colorado fans. The possibility of a positive result combined with a good performance against the championship leader can be seen as fuel and motivation.

In 24 days in charge, Mano has five games unbeaten and has gradually regained team morale. Even if the debate for the national tetra seems far-fetched, a Libertadores classification will prove the continuation of the career after the unmotivated actions of Palmeiras, Bahia and Al-Nassr, from Saudi Arabia.

See also:
+ See what the Inter team changes with the entry of Alan Patrick
+ Inter are trying to bring back Aránguiz

From the heyday of Choice to the label “outdated”

The scenarios experienced by the technician in 2008 and 2022 are different, but they have similarities. Mano took Corinthians and Inter under pressure. At the club in São Paulo, he was informed that he would have the responsibility of leading the rebuilding of a transferred giant. Years later, he was successful with Grêmio in returning to the elite and arguing in the Libertadores final in 2007.

For Timão in Série B, he won the title by scoring 85 points, 17 more than Santo André, who was second. That same year, he reached the final of the Copa do Brasil, but lost to Sport by decision.

The following year, he had the opportunity to work with Ronaldo. The partnership was successful. With Phenomenon as exponent, he won the state and the Copa do Brasil. The opponent in the final of the national tournament was Inter, then led by Tite.

With the status of one of the country’s top coaches, he left Timão for the Seleção in July 2010, following the World Cup in South Africa, reaching the peak of his career. At the age of 48, he took on the Canarinho team with the mission of transforming the team. He was the first to call Neymar.

Mano was the first coach to call Neymar – Photo: CBF/Disclosure

Despite a 70% success rate, he was not excited and was fired in November 2012. The move marked the elimination of Paraguay in the Copa América and the silver medal at the London Olympic Games.

Still on the rise, he took over Flamengo in July 2013. Weeks later, he resigned for not implementing his philosophy. He returned to Corinth the following year. At this time there are no titles. He took Cruzeiro in 2015 and had a good start, but an indisputable proposal from Chinese football brought him out of Brazil.

Soon returned to Belo Horizonte. In his second spell of Raposa, he scored two conquests of the Copa do Brasil. In 2019, after winning 18 games, he left the club in Minas Gerais. He would then work for three months in Palmeiras until he was fired.

On the downside, Mano was unemployed for 10 months until he settled in Bahia, where he did not live up to expectations. The next job, at Al-Nassr, in Saudi Arabia, is also not exciting. The label of “old” coach coincided with the arrival of foreign coaches in Brazil.

Mano Menezes created controversy after complaints to the referee; check the coach’s history

Mano Menezes ’behavior received negative attention during his time at the Bahia club. Against Fluminense, in Maracanã, in 2020, the coach shot referee José Mendonça:

– I don’t want you to complain to the trump, no. Let him steal.

In another match, he explained that refereeing would benefit Goiás, coached by Enderson Moreira. He also collected the alleged racial injury case involving midfielder Gerson, then Flamengo. 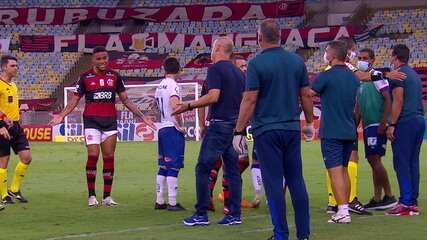 Listen to the audio of Mano Menezes, in discussion with Gerson, from Flamengo

Inter kicked off 2022 in the fittings and started under the command of Uruguayan Alexander Medina. In April, he was fired. Thus, the name of Mano, who was unemployed at the time, emerged as the main alternative for his experience in the dressing room, ability to deal with pressure and knowledge of the club, where he was in the youth categories. in the early 2000s.

The expression “Mano needs Inter and Inter needs Mano” summarizes what his return to the Beira-Rio stadium means. Until then, the coach has shown a more peaceful posture, with calm and honest speech. In addition to the spotlight, he has adopted the “influencer” aspect of social media to shorten the distance with people.

– I believe in life that everyone has time. I strongly believe that I am here because I am a coach with the qualities, knowledge, background and experience to help Inter. But I also think Inter is the right club to help me. If you have these interests, things are likely to be fine – says the coach. 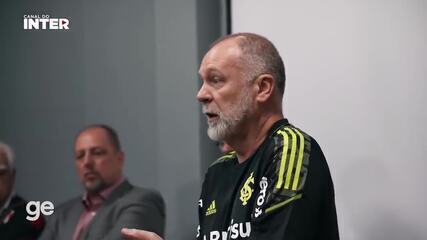 A week after the announcement, look at Mano Menezes ’chances as Inter coach

On the field, despite short working hours, he achieved significant results and maintained an unbeaten record in five games. The chemistry between the team and the fans has begun again and could improve if there is a positive result against Corinthians this Saturday.

For the 7pm appointment, in Beira-Rio, he will promote Alan Patrick’s entry into the German vacancy. Mercado replaced Bruno Méndez, who did not play because he belonged to the Corinthians. Inter are in ninth place with eight points, while Timão leads Serie A with 12.