There was also the sad end of Paulo Sousa’s season at Flamengo, Turco Mohamed’s fight at Fluminense x Atlético-MG, the power of Dinizmo taking over Brazil and Palmeiras ’deadly pedaling in the defeat of Botafogo. See:

Dinizmo is alive and well from Turco Mohamed

The week’s award game will go to Fluminense’s 5-3 win over Atlético-MG. Match many bids, intentions, craziness and beautiful party from Tricolor carioca fans.

Let’s start with the madness. Galo coach Antonio “Turco” Mohamed and Flu striker Luiz Henrique began a general discussion. According to the player, he was challenged by the coach. Turco didn’t say much about the incident after the game.

Confusion in Maracanã! At the end of 1Q, Antonio Mohamed went up to Luiz Henrique and started a push-pull.

Flu’s good win, netizens said, is a result of Dinizmo’s power. And the statistics don’t lie either … The Carioca team’s third goal, for example, had 22 passes and 55 touchdowns in 48 seconds. The classic “put it on the wheel”. 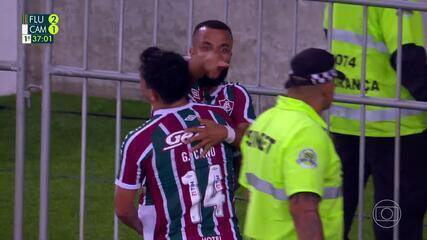 Watch the whole match of Samuel Xavier’s goal against Atlético-MG, Fluminense’s third of the match

Coach Fernando Diniz is even the star of some of the best memes of the round:

Among the goals, another highlight was Cano’s first-class kick. Not for anyone to hit that angle huh ?! Make the L, Flu fans! 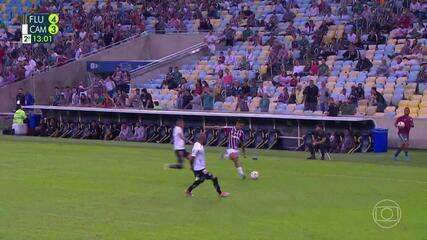 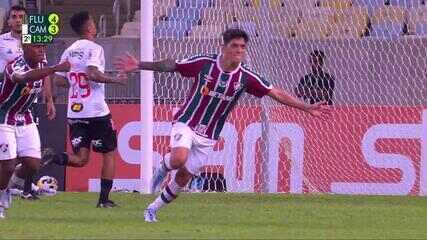 The objectives of Fluminense 5 x 3 Atlético-MG, for the 10th round of Brasileirão 2022

Pedals and defeat in Palmeiras

Wesley, from Palmeiras, didn’t slow down on the pedals before scoring a good goal for Palmeiras, who closed out 4-0 against Botafogo. That’s eight. So much so that even fellow Rony couldn’t understand it: 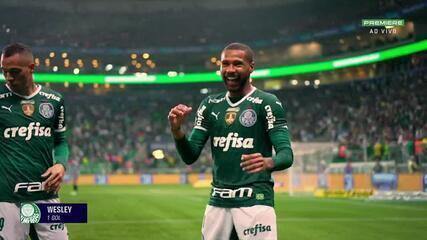 Ron also had reason to laugh to the left. After all, he scored two goals in the game-the other by Gustavo Scarpa (see them all in the video below). And he pedaled too … But riding a defensive bike to avoid danger in the Palmeiras area. It was still not the dream goal of the bike, but it did inspire people. 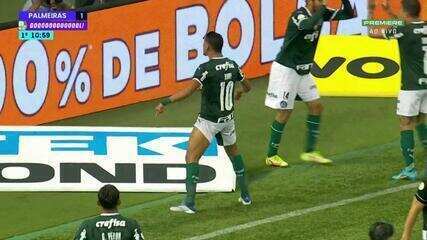 The last game of Portuguese Paulo Sousa in charge of Flamengo was sad (see video below). Under great pressure, the coach saw the team lose to Bragantino 1-0 and officially fall on Thursday – after giving a final training session with Mengão who has already negotiated with his successor, Dorival Júnior, to leave Ceará. 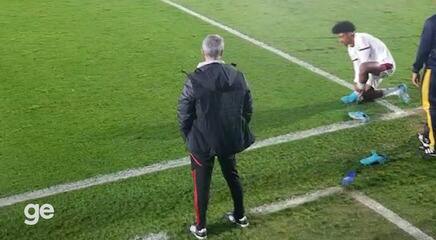 In the atmosphere at the end of the party, Paulo Sousa and the Flamengo team had little to say.

The reaction of the people was, in large part, to the satisfaction of leaving the former red-black coach:

Striker Wellington Paulista had Suárez’s chance in América-MG’s 2-0 loss to Ceará.He just bit Ceará team defender Messias. But unlike the Uruguayan striker at the 2014 World Cup with Italian Chiellini, this time it was just a joke, as Messias himself explained: 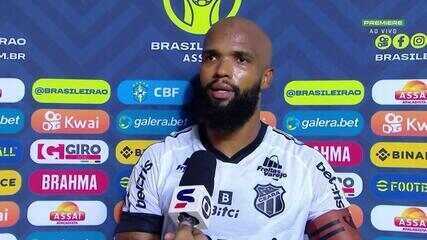 More about the game, we have to mention Stiven “Speedy” Mendoza! There have been eight goals in the last seven games for the Colombian striker, including two in Ceará’s win. Who is holding the man? 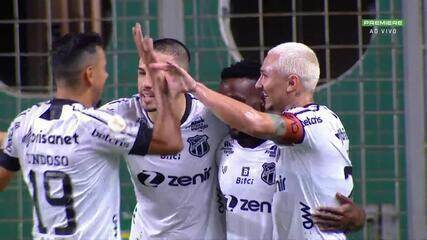 The big “viral” moment at the mid -week games is the Náutico uniform stage. First, with Timbu gone (still waiting for the shirts), Vasco went to the field and listened to the national anthem in profile alone. 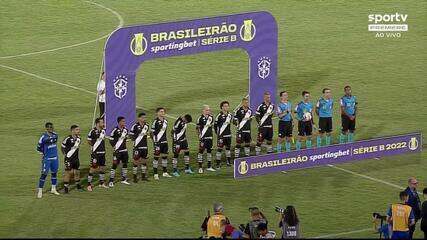 Amazing! Vasco was alone for the performance of the national anthem

The reason is that Náutico’s new uniform has not yet arrived at Arruda’s stadium. The shirts came later, on a motorcycle, and red-and-white employees had the right to run, as ge reporter Rafael Cabral’s video showed:

The nautical uniforms later arrived on a motorcycle for the match against Vasco. Photos: Rafael Cabral/ge

With the ball rolling, it was a game with five goals – Vasco’s win of 3 to 2. The first of these, Figueiredo’s big goal. Check them all out: 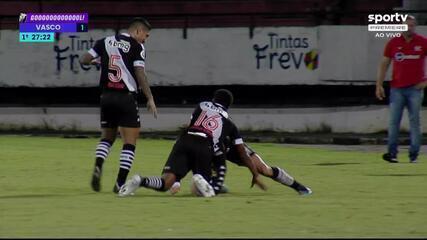 The games have their classic “VCR” moments. It started with Cleiton’s barrier, from Bragantino, on the advertising board, to the win against Fla. People went wild in the commotion. 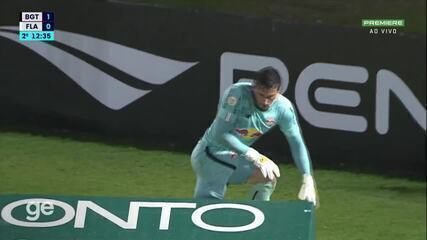 Cleiton, from Bragantino, travels to the publicity sign and fans stand in the stadium

What was the role of Borel, from Bahia, in the 1-0 win against Sport, in Serie B? There’s no lack of will to save the long pass, but in addition to not working, it ends up in the Fonte Nova pit … 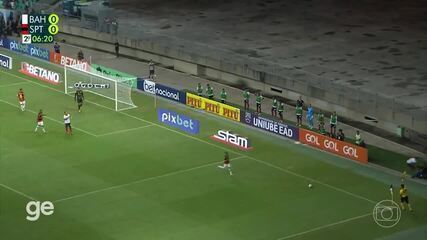 At the randomness level, the attacking cat during a tie at Santos 1 x 1 Internacional, in Vila Belmiro: 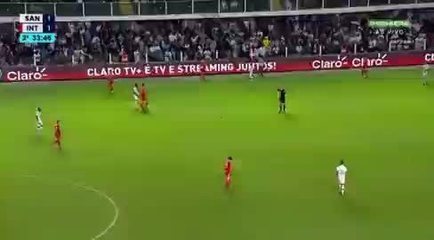 Cats attacked the field during Santos vs Internacional

And in Cuiabá’s win over the Corinthians by 1 to 0, a host of the Mato Grosso team: 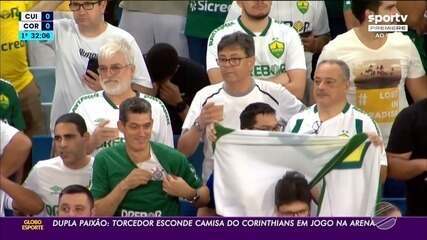 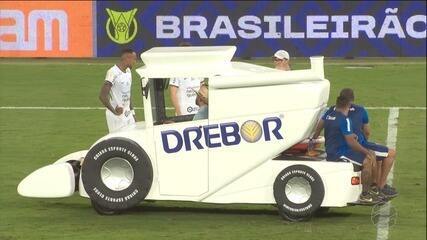 In Maracanã, in Flu x Galo, farm invasion! Just from the cops, who thought the first half was over and had to flee: 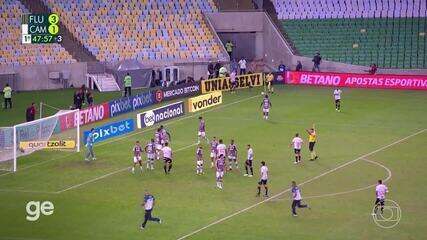 Cops entered the yard, but were exhausted because the 1st quarter did not end in Maracanã

But to clear the eye, Lucas Oliveira’s writing on Serie B leader Cruzeiro’s win by 2 to 0 against CRB:

Another pen, this time from Felipe Bastos in the 1-1 draw between Fortaleza and Goiás:

And to end our Viralizado, it was the goal of Everton Galdino, from Tombense, in a 1-1 draw against Londrina. Puskas Valley? 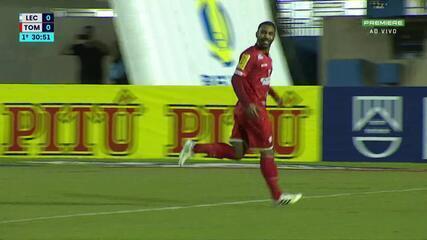